History of Herpetology at Auburn 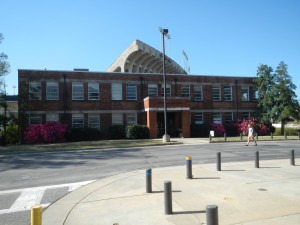 The Physiology Building, former home of the herpetological collections.

The research collections of amphibians and reptiles housed at Auburn University trace their origin to an effort to catalog the diversity of Alabama’s flora and fauna starting in the late 1940s and early 1950s. These collections were first developed by John S. “Jack” Mecham, were further developed by George Folkerts as he finished his dissertation at Auburn, expanded greatly during the tenure of Robert H. “Bob” Mount, and have been brought into the digital age during the tenure of Craig Guyer. Curation activities during each of these eras are summarized on pages accessed below. These collections formed the foundation for publication of Bob Mount’s volume on The Reptiles and Amphibians of Alabama (reprinted by University of Alabama Press), the seminal herpetofaunal publication for the state. This herpetofauna is being updated into a four volume set of books. The volume for turtles is due to be published in 2015, with subsequent volumes on squamates (lizards and snakes), frogs and toads, and salamanders following annually. 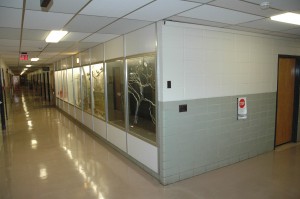 Funchess Hall served as the first home of the herpetological collections.